Bee Source
This website is primarily a community forum where beekeepers come and discuss their bouts on beekeeping. There's also a section where research papers and articles are kept, which is what I'm more interested in.
One of the articles, Bee Behavior, by Stephen Taber III is extensively on bee behavior research. He discusses very specific behaviors that bees exhibit, such as inclinations to sting, colony health, roles, structure, and signals. The information gathered by Taber III will be very helpful and the fact that this research was conducted in the late 1900's gives perspective on how research on bees have progressed through the years.
Some of the sections in the article are less elaborated while others don't go into detail on how bees decide to perform such tasks (i.e. stinging and the building of honeycomb cells), but because this was done a few decades ago, it's possible that the answer to these uncertainties are floating somewhere in another research article.
Artificial bee colony algorithm
An extremely detailed article on the artificial bee colony algorithm. Even though it's informative, I find that the math is very hard to follow, as this is beyond my understanding. However, what I can take away from this discovery is that this bee inspired algorithm can be used for optimization problems and that it can be applied to many real life situations. 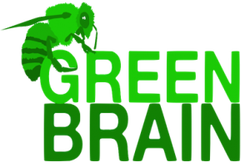 The Green Brain Project
The Green Brain Project is a recent project initiated by a group of researchers at the University of Sheffield and the University of Sussex-- Dr. James Marshall and Dr. Nowotny as the leaders of this project team. The Project aims to build a model of the honeybee brain and have it be implemented into a robot which it can act as if it were an actual honeybee. Unlike the Harvard Robobees, this project focuses more on the neuroscience and artificial intelligence aspect of honeybees rather than the mechanical aspect. It's still undergoing research but I will closely monitor the progress of this project, as it is within the field of my research question.  So far this website has a few models up for public viewing, which hopefully will prove to be useful in the research paper later on. This article published by the University of Sheffield also adds in additional information about the Green Brain Project. What I found most interesting is the use of graphics cards for cheap, yet high performance computing. Instead of buying a supercomputer, one can spend a fraction of the price to achieve similar results right at home. 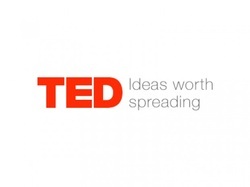 Alex Wissner-Gross: A new equation for intelligence
Another TED Talk video! This one discusses artificial intelligence and how it can be condensed into a single equation. This equation says that intelligence is based on trying to maximize future options, as it does not like to be trapped in a box. Wissner-Gross like to compare this to entropy. The more order within the system, the less options you are given, which then is a detriment to intelligence. While I find the concept really interesting, it's somewhat skeptical, especially with the Entropica AI he introduced (it seemed more like he shoehorned it in for advertising sake). With a little more digging I managed to find that, while Entropica is able to use that equation model to solve basic problems such as balancing or playing Pong, it's only showing a limited amount of possibilities. Narrowing down this giant abstract concept of intelligence into a simple equation seems rather skeptical. The discussion comments for this video seem to have similar thoughts.
Criticisms aside, the video does bring the interesting relationship between entropy and intelligence. After all, creatures with the slightest bit of intelligence look for the biggest reward using the least amount of energy. Honey bees similarly signal in their dances that the food source they found is the most efficient for the hive. 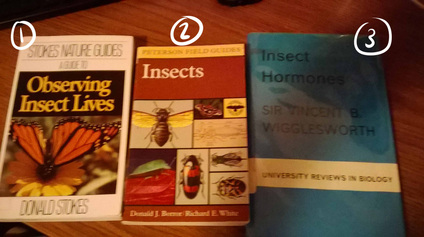 I found some books at the school's library! They didn't seem to carry anything bee specific but these had stuff about bees (except #3) I took a quick skim through
Powered by